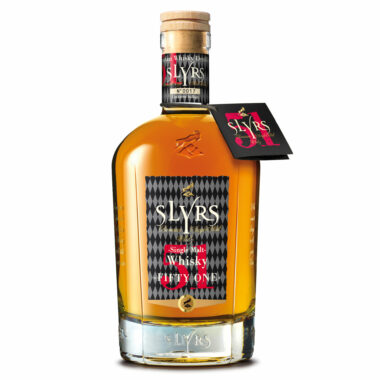 Produced in the traditional way and matured to the highest quality in new American white oak barrels, the classic Slyrs Single Malt has been delighting whisky lovers far beyond the borders for years with its incomparably mild, pleasantly malty character and its fruit-driven aromas. In the first Upper Bavarian whiskey distillery on the picturesque Schliersee on the Tyrolean-Bavarian border, the entire production process has been taking place since 2007, even the mash is produced in-house.

What makes SLYRS whisky so unique? Is it the sun-ripened Bavarian summer barley, the good spring water or the gentle maturation? The mixture of all these ingredients under the eyes of experienced distillers creates a strong aroma with a light smoky note and a wonderfully fresh nose. This is a cuvée that literally has it all. For the maturation of this German whiskey, in addition to the usual barrels, are also used those that previously contained port, sherry or Sauternes.

Color: Dark golden yellow
Aroma: Prune and roasted chestnuts, plus moss and spruce and a hint of chocolate.
Taste: Tart herbs, but also clove, plus nutty and fresh on the palate.
Finish: Long and intense, slightly dry. 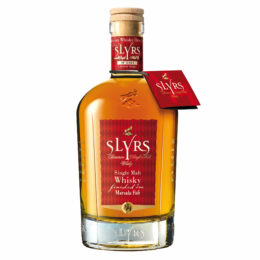 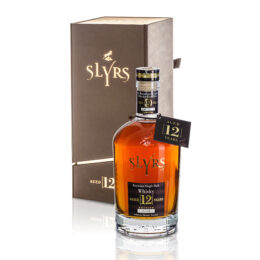 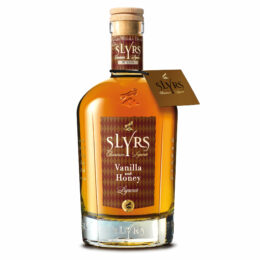 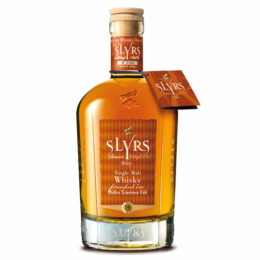